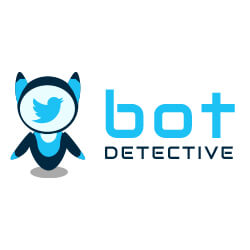 Bot Detective is a Web service that was developed in the context of the thesis of Maria Kouvela, in fulfillment of the requirements for the degree of Master of Data & Web Science, under the supervision of PhD Candidate Ilias Dimitriadis and Professor Athena Vakali. Bot Detective takes into account both the efficient detection of bot users and the interpretability of the results as well. Our main contributions are summarized as follows:

Although several AI driven bot detection methods have been implemented, the justification of bot classification and characterization remains quite opaque and AI decisions lack in ethical responsibility. Most of these approaches operate with AI black-boxed algorithms and their efficiency is often questionable.

Any cookies that may not be particularly necessary for the website to function and is used specifically to collect user personal data via analytics, ads, other embedded contents are termed as non-necessary cookies. It is mandatory to procure user consent prior to running these cookies on your website.