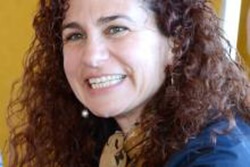 Abstract: Today’s scientific processes heavily depend on fast and accurate data analysis. Scientists are routinely overwhelmed by the effort needed to manage the volumes of data produced either by observing phenomena or by sophisticated simulations. As data management software is often inefficient, hard to manage, or too generic to serve scientific applications, the scientific community typically uses special-purpose legacy software. With the exponential growth of dataset size and complexity, however, application-specific systems no longer scale to efficiently analyse the relevant parts of their data, thereby slowing down the cycle of analysing, understanding, and preparing new experiments. I will illustrate the different nature of problems we faced when managing brain simulation and patient data for neuroscience applications, and will show how the problems from neuroscience translate into challenges for the data management community. These challenges inspire new technologies which overturn long-standing assumptions, enable meaningful, timely results and advance scientific discovery. Finally I will describe the challenges associated with gaining access to medical neuroscience data and using it toward advancing our understanding of the functionality of the brain

About: Anastasia Ailamaki is a Professor of Computer and Communication Sciences at École Polytechnique Fédérale de Lausanne (EPFL) in Switzerland. Her research interests are in data-intensive systems and applications, and in particular (a) in strengthening the interaction between the database software and emerging hardware and I/O devices, and (b) in automating data management to support computationally- demanding, data-intensive scientific applications. She has received an ERC Consolidator Award (2013), a Finmeccanica endowed chair from the Computer Science Department at Carnegie Mellon (2007), a European Young Investigator Award from the European Science Foundation (2007), an Alfred P. Sloan Research Fellowship (2005), eight best-paper awards in database, storage, and computer architecture conferences (2001-2012), and an NSF CAREER award (2002). She holds a Ph.D. in Computer Science from the University of Wisconsin-Madison in 2000. She is an ACM fellow and the vice chair of the ACM SIGMOD community, as well as a senior member of the IEEE. She has served as a CRA-W mentor and is a member of the Expert Network of the World Economic Forum.

This website uses cookies to improve your experience while you navigate through the website. Out of these cookies, the cookies that are categorized as necessary are stored on your browser as they are essential for the working of basic functionalities of the website. We also use third-party cookies that help us analyze and understand how you use this website. These cookies will be stored in your browser only with your consent. You also have the option to opt-out of these cookies. But opting out of some of these cookies may have an effect on your browsing experience.
Necessary Always Enabled
Necessary cookies are absolutely essential for the website to function properly. This category only includes cookies that ensures basic functionalities and security features of the website. These cookies do not store any personal information.
Non-necessary
Any cookies that may not be particularly necessary for the website to function and is used specifically to collect user personal data via analytics, ads, other embedded contents are termed as non-necessary cookies. It is mandatory to procure user consent prior to running these cookies on your website.
SAVE & ACCEPT